Special Exhibit: Destined for the Stars By Ricky Berstein

The whimsical work of noted sculptor Ricky Bernstein will once again grace the walls of the Sandwich Glass Museum with the special exhibition, Destined for the Stars. Ricky’s larger than life sculptures, combine painted glass, aluminum, oil crayon, colored pencil, and mixed-media objects. He notes that “I make life-sized, three dimensional narrative scenes with cartoon-like figurative imagery.” His work, which often depicts his humorous impressions of the mundane, was greatly influenced by his childhood. He enjoyed watching the interactions of his mother with family and friends in their day to day activities. It was where he developed his concept of heroism, and consequently, this exhibition. “My work and personal vision honors the lives of ordinary women; mothers whose lives had so much promise, but they settled for less of their own advancement to take care of others,” Ricky noted. “The purpose of my art is to recognize their sacrifices and celebrate how they make it through each day.” Other major influences on his artistic sensibility include the films of Woody Allen and comic strips of Gary Larson, as well as the late Mad Magazine. Another inspiration are the television shows of the 1960s including Leave it to Beaver, I Love Lucy, Queen for a Day and The Ed Sullivan Show. Among the highlights of the exhibit is a sculpture entitled Destined for the Stars . In his narrative Ricky highlights the daydreams of Lois and her wish to perform on The Ed Sullivan Show. It features a giant-size Lois expertly juggling tea cups and bowling balls. This piece is made to withstand the elements and is prominently featured outside the Museum for all to see and enjoy. Born in 1952 in Providence, Rhode Island, Ricky felt his career as an artist was pre-determined, as it was obvious at a young age that it was what he wanted to do. He studied at the University of Massachusetts, Amherst and the Royal Academy of Arts, London, before earning his master’s of fine arts in 1979 at the Tyler School of Art. His art work is included in the collections of the Philadelphia Museum of Art, the Renwick Museum of Art, the Museum of Art and Design in New York City, and the Sandwich Glass Museum. Featured in the Sandwich Glass Museum’s special exhibition gallery, Destined for the Stars opens on February 1 and will run through November 1, 2020. 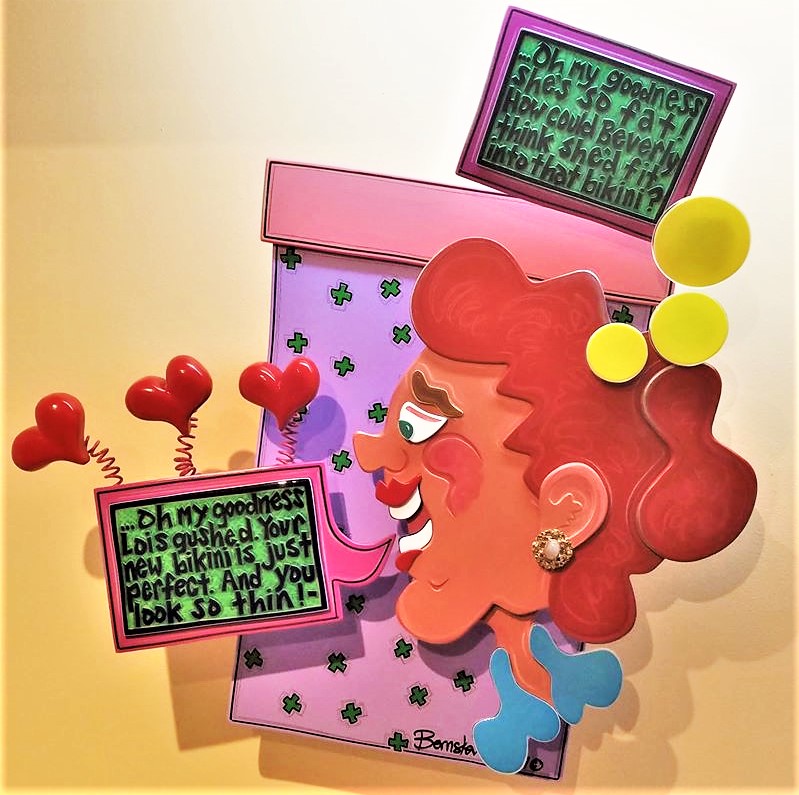