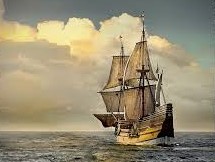 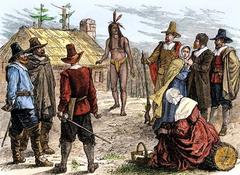 They came seeking religious freedom.  They found an untamed, inhospitable and dangerous wilderness. They struggled with deprivation, disease and death. Through the grace of God and with the help of the “People of the Dawn,” they survived. As the 400thAnniversary of the landing of the Pilgrims approaches, travel back to 1620 and relive their first year: the difficult voyage over the Atlantic, the landing on Cape Cod shores, the “first encounter” with the Wampanoag Nation, the move onward to Plymouth, the first settlement, and the first harsh winter that took nearly half  the colony. First-hand accounts, 19th century maps and satellite imagery reveal the places the Pilgrims explored on the Cape…and might inspire you to follow in their footsteps.